IPAP is issuing a

DEADLINE and all INFO at 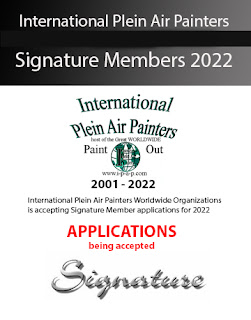 Will have a Worldwide CALL for SIGNATURE Artists 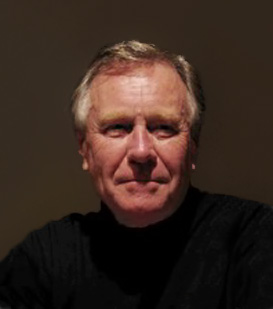 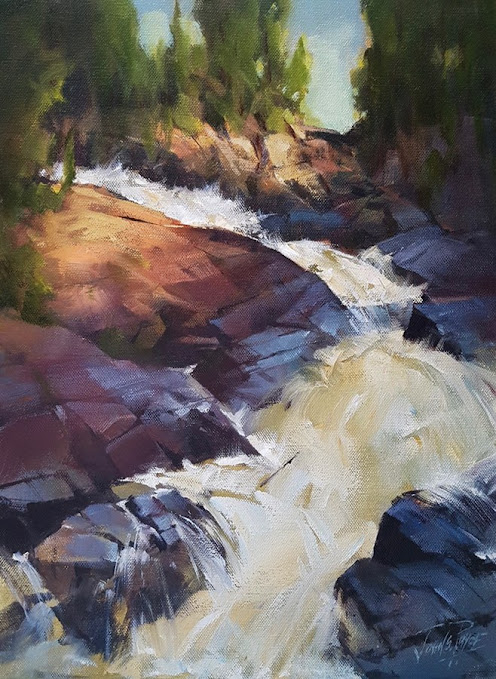 Ragged Falls
John's love for art began in England at a very early age as he discovered the great satisfaction derived from his ability to draw and paint. His family moved to Canada when he was 11 years old where he continued developing his artistic skills eventually became an art major at H.B. Beal Tech. in London, Ontario with subsequent studies at O.C.A.D. in Toronto.
John started his artistic career as a designer/ illustrator, and after winning an international design award in his field he was recruited by a large design company in Chicago. John eventually returned to Toront where he continued a successful career as an architectural illustrator. John worked with some of the World's leading Architects and developers, and achieved recognition in that field with “Best of the Eighties” award for his work on the World Financial Centre in New York City.

Taught painting and Drawing at Centennial College for GAS program and Architectural Presentation at Warden   Woods and Progress Campus, Toronto. 1980 - 1982

Conducted numerous workshops in watercolour and oils at Newmarket School of Fine Art as well as art groups in Guelph, Aurora and Richmond Hill, Ontario

Numerous demos and workshops for local art groups throughout 2008

here's a chance to learn from some of the very best Plein Air Painters - the 3rd Plein Air LIVE 2022. 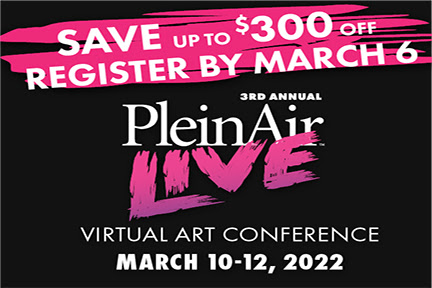 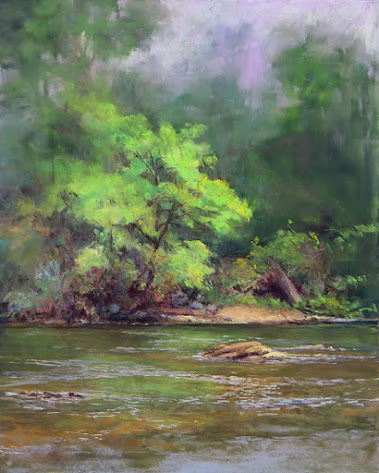 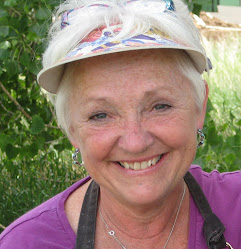 I am inspired by the landscape mostly and love to paint on location to see the real colors and atmosphere. I do experiment by painting still life, the occasional figure or people, flowers and some abstract work. I am always on a journey to learn more. That means I have loads of studies and half-finished artwork to return to and play so I can learn more!
My love of nature comes naturally because of the era I grew up in. Mom always said don't come back inside until I call you for dinner! That meant I could go several houses down and play in a creek, or create forts, climb trees, etc. There you go! I paint trees, and rocks and water!
I have almost 50 years of creating art! I am in galleries and have participated in many invitational shows and competitions, winning awards over the years in a number of those. I say those things so you know I have experiences I can share with the potential student and collectors of my art.
You may connect with a piece of art and that is all that matters to you. I have found that most collectors are interested in the artist and their life and what has inspired us.
You can learn a bit about me by reading the descriptions I have for each painting on my website.
And, of course, there is the "About" page.
I also teach private lessons in my studio. Contact me if you are interested. 770-853-4696 (cell /text)
no messenger on this cell phone

Contact me if you have any questions, or just want to chat about art.

Home of the Worldwide Paint Out since 2001 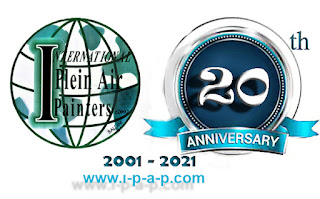 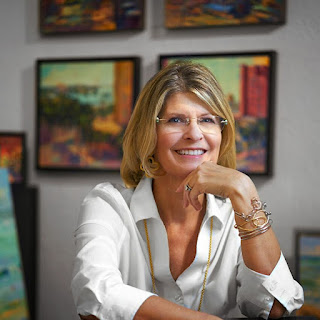 For me, painting is a pilgrimage – a journey into the soul and the mystery of creation.  Through color, lines and brushstrokes I portray feelings that  often cannot be put into words.

Whether I am painting  on a sun-drenched beach in Florida or Maui, in the Hudson Valley, near Italian castles or French chateaus, my "plein air" paintings capture the energy and spirit of nature.

I work to capture both what is seen and what is not seen.  With intuition leading the way, when on location I allow what I feel to override what I see. With years and years of classical training under my belt my hand can easily follow my heart creating a work of art that not only represents the scene but also allows the soul of the place to come forth.

Years of study with shamans has sharpened my understanding of energy, enhancing my ability to capture the invisible  bringing life to each canvas. 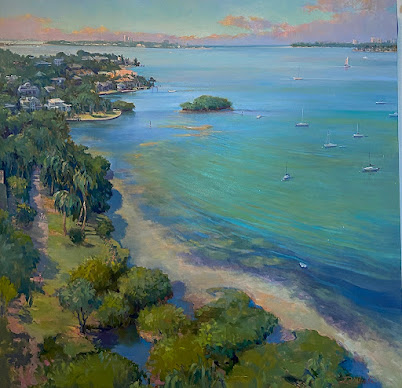 RELATED ART EXPERIENCES, AWARDS AND OTHER 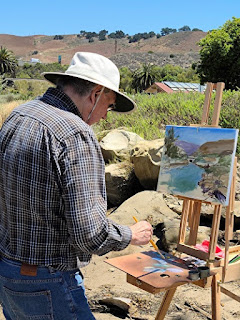 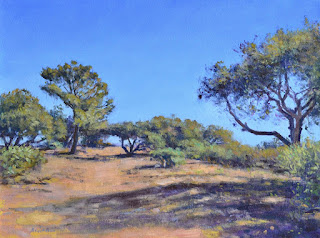 Over the years I've painted en plein air in France, Illinois, Washington, Oregon and California. Some of my pieces are completed on location and some in the studio. Most of the paintings on this site are of places where I've painted on location, or sketched and photographed. Please feel free to contact me regarding the artwork if you have questions.

Some of you may know me as a guitarist. Although not represented on this site, my recordings are available online. Just type in Neil Andersson, Pearl Django and Malibu Manouche, or visit www.pearldjango.com. My most recent recording is called Strings - a collaboration with California guitarist Craig Sharmat on Innervision Records. Recordings are available at all major outlets and services, such as iTunes, etc.

I hope you enjoy my paintings and drawings - and thanks again for visiting!

MFA School of the Art Institute of Chicago

Most recordings are available through all major outlets. Recordings on Modern Hot Records are also available at www.pearldjango.com/files/cdcatalog.htm

2021 Strings on Innervision Records, a collaboration with guitarist Craig Sharmat

2002 Under Paris Skies on Modern Hot Records with Pearl Django

1967 Outburst on United Artists with the Fabulous Wailers IPAP is issuing a  CALL for SIGNATURE Members DEADLINE and all INFO at http://ipap.homestead.com/application_signature.html